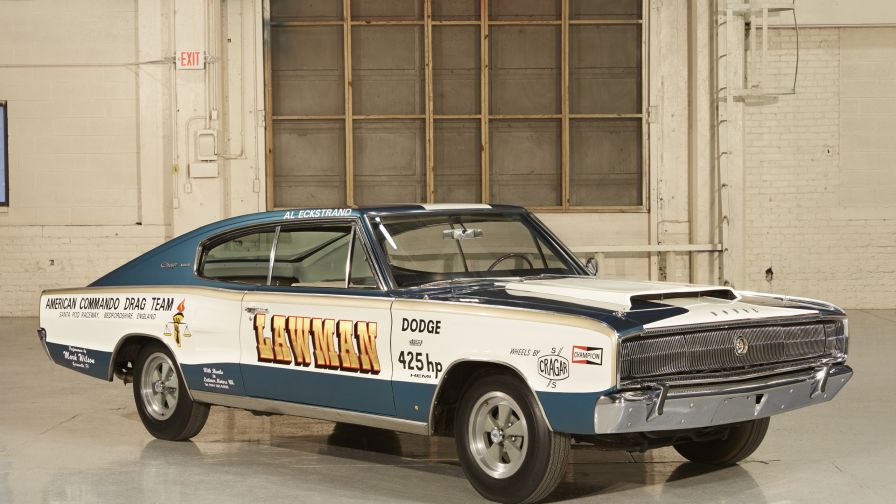 In late 1965, Elton Eckstrand a Chrysler corporate attorney organized a program to educate returning servicemen about the powerful new cars coming from Detroit. Touring military bases in Europe and Asia he promoted safe driving while giving servicemen both a taste of home and welcome recreation. This 1966 Hemi powered Charger was one of the cars used in this program. Photo from the Chrysler archives.